Amy Lee Kemp was born in March of 1975, in Cleveland Texas. In the summer of 1998 at the age of 24, living in rebellion for the past 8 years, she found herself in a pit of darkness, having rejected Jesus at every opportunity. In hopeless and utter despair, with death knocking at the door, Amy cried out to God for help, and for the first time she came face to face with the person of the Holy Spirit. As the presence of peace filled the room, she called out with a plea, saying, “God, if you will rescue me from this life of emptiness and drugs, I will give you my life.” Instantly, the tangible presence of love was standing at her side, rescuing her from the grasp of death. As the tears began to roll down her face, she began to recall a childhood song that she had learned under her mother’s teaching, and softly began to sing, “Jesus loves me this I know for the bible tells me so”. As she sang, she felt the loving arms of Jesus wrap around her, holding her tightly, removing every fear, and giving her the love she so desperately longed for. He had come to rescue, wash her clean and give her a new life, the life of peace she so desired.

In the same year, Amy was driving her car to meet her parents for pizza and as she pulled onto the highway the Lord showed her a vision. In the vision, she was standing on a platform outdoors, preaching the gospel to a multitude of people in attendance. In an instant, the Holy Spirit revealed to Amy that she was called as an Evangelist to preach the gospel of Jesus.

In 2008, Amy began seeking the Lord for more. She believed there was more to life with Christ. One evening alone in her bedroom, after hearing an evangelist preach a message about the baptism of the Holy Spirit, she raised her hands and asked Jesus to baptize her with Holy Spirit. Suddenly the room was charged with power and Amy began speak and sing in a most beautiful heavenly language. The Holy Spirit took hold of her and God Himself stepped down into the room. That night God birthed into Amy a burning desire to see the gospel of Jesus preached and His miracle healing power touch the world. He said, “Amy, tell them I love them.”

At the Lord’s direction, within the next few months, Amy left for Los Angeles California to volunteer with the Dream Center, reaching out to the homeless youth.

In 2015, the Lord opened the door for Amy to preach the gospel of Jesus in her first miracle service. As she began to share the love and grace of Jesus, His perfect work at Calvary and His willingness to heal, the power of the Holy Spirit testified to the gospel with great miracle healing’s. Amy’s passion is ministering the gospel of Jesus both inside and outside the four walls of the church. The ultimate goal of the ministry is the salvation of souls.

“One of the greatest joys of my heart is to see those who aren’t looking for Jesus discover the riches of His love through a miracle healing,” Amy.

Now, in her 12th year of ministry, Amy Lee Kemp has preached the Gospel internationally through miracle services, internet media, and books she has authored. Amy’s message of hope has changed the lives of many believers and unbelievers alike. Amy believes the purpose of discipleship is to teach the believer that through the righteous identity of Christ, we now stand in the Father’s presence without the sense of sin, fear, condemnation or inferiority. In Christ, we stand there as a son or daughter in fullest fellowship with God. Amy believes those taught this reality will not struggle for faith. 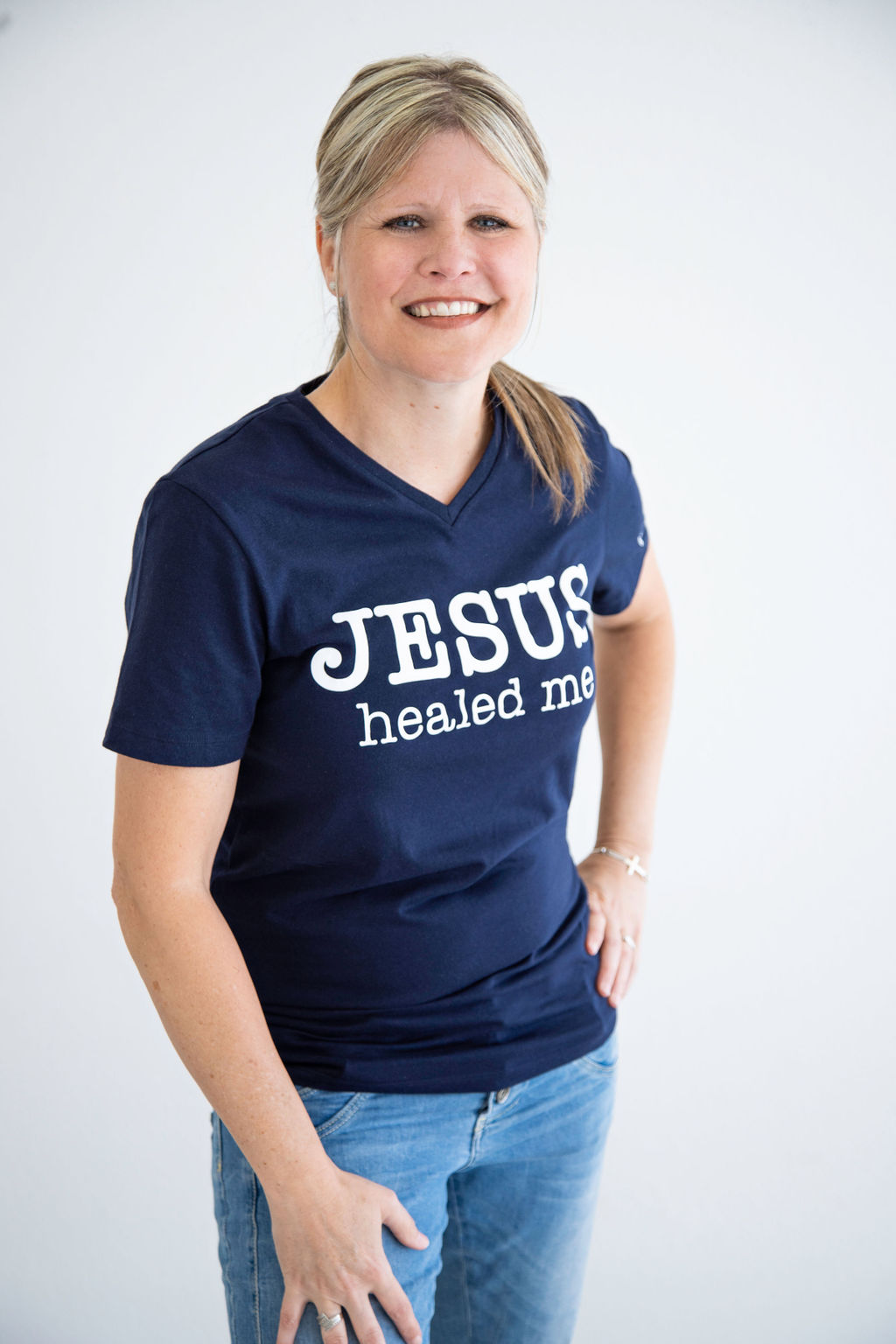 Feel free to reach out to us for prayer or send your praise report –
the best way to do that is through our form below!